Whiskey Tango Foxtrot, a 2016 war-comedy starring Tina Fey, is based on a memoir by journalist Kim Barker entitled “The Taliban Shuffle: Strange Days in Afghanistan and Pakistan” which was first published in 2011. 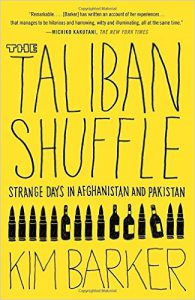 As a foreign correspondent for the Chicago tribune, Kim Barker wrote about her experiences in Afghanistan and Pakistan covering the war America was fighting with the Talibans.

Her memoir, “The Taliban Shuffle: Strange Days in Afghanistan and Pakistan” has been described as funny, quick and brutally honest.

The book covers things such as her cultural ignorance, and being romantically pursued by former Pakistani prime minister Nawaz Sharif.

Besides the personal stuff, she also observes other characters such as other correspondents, warlords, fundamentalists and drug kingpins.

Her experiences make for some great entertainment rife with black humor and an intimate look at life in a war zone. 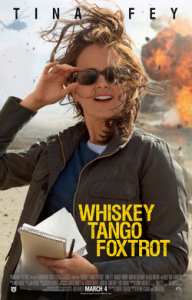 The Taliban Shuffle was adapted for the screen by Robert Carlock who had previously written for Saturday Night Live and 30 Rock.

Many of the characters names in the books were changed in the movie. Kim Barker’s was slightly changed to Kim Baker.

The movie was released by Paramount Pictures in March 2016, approximately 5 years after the book was released.

How did Kim Barker’s book end up becoming a movie?

In March 2011, the chief book critic for the New York Times, Michiko Kakutani, wrote a glowing review and mentioned that Barker “depicts herself as a sort of Tina Fey character”.

Someone put Tina Fey onto the book which she read and within two weeks she pushing Paramount to option the book.

Kim Barker seemed generally pleased with the movie and praised Tina’s portrayal of her.

When asked by Vanity Fair what takeaway viewers of the movie and readers of the book to have about Afghanistan and Pakistan, she said:

“I hope folks start asking question about what exactly happened in Afghanistan. I think the movie does a really good job talking about how it’s been a forgotten war.”

Despite the movie dramatizing and occasionally fictionalizing some of her reality, which is something that’s going to happen with any movie based on real life, Barker has said that the movie captures the essential truth of her experience. 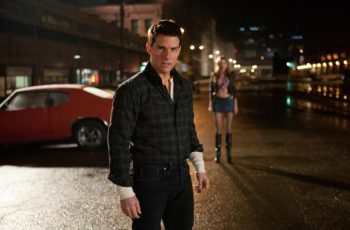 The second Jack Reacher movie is here. The films are … 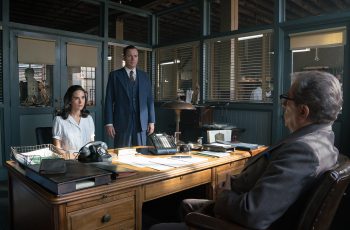 American Pastoral is a 2016 movie starring Ewan McGregor who …