Liz Jensen’s novel about a 9 year old boy who falls into a coma after an accident is adapted into the 2016 movie The 9th Life of Louis Drax starring Jamie Dornan, Sarah Gadon, Aaron Paul and Aiden Longworth as Louis Drax.

Liz Jensen’s psychological thriller, The Ninth Life of Louis Drax was published in 2004 and is about a 9 year old boy who is very accident prone.

He falls off a cliff into a ravine and miraculously survives the accident. His family though, is not the same as his father vanishes, his mother is paralyzed by shock and Louis himself is now in a deep coma.

Dr. Pascal Dannachet is the doctor who is entrusted with Louis care and tries to bring him out of the coma.

This is Liz Jensen’s 4th novel and was inspired by the unsolved death of her maternal grandmother who fell off a cliff in Switzerland while searching for her lost son. 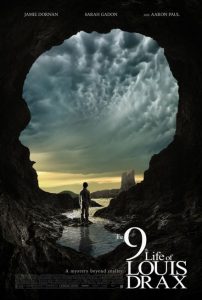 With a screenplay adapted by Max Minghella and directed by Alexander Aja, The 9th Life of Louis Drax has pretty much the same synopsis as the book.

Louis falls off a cliff on his 9th birthday after surviving 8 suspicious accidents in the last 8 years.  As police investigate the cause of Louis’ near-fatal fall and the whereabouts of his violent father Peter, acclaimed neurologist Dr. Allan Pascal uses unorthodox techniques to try to tap into the boy’s unconscious mind and reveal the truth about the events that led to his condition.

But as he’s drawn deeper and deeper into the mystery of Louis’ seeming ability to cheat death, the doctor finds himself falling for Louis’ mother, Natalie. As new clues emerge in the case, a shocking revelation changes the fates of Louis Drax and everyone around him.

The film got mixed reviews and ccording to the consensus of critics on Rotten Tomatoes, the film is “intriguing and visually compelling, but it’s disparate parts are never truly woven into a satisfying whole”.

After completing her 4th novel, Liz Jensen was sure that The Ninth Life of Louis Drax would never be made into a film.

She was wrong. One of her agents saw the potential and put it onto Anthony Minghella who decided to option it. He died in 2008 before he had a chance to make the movie.

Years later, Anthony’s son Max Minghella decided that he would write the script and make the film.

You can read more about how Liz’ book was turned into a movie from The Writing Studio. 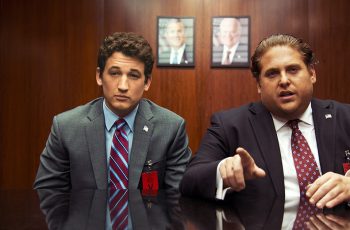 War Dogs is a 2016 biographical crime film based on …