Snowden is a 2016 film that is based on the true story of whistle-blower Edward Snowden played by Joseph Gordon-Levitt.

The Oliver Stone directed film is based on two books – The Snowden Files by Luke Harding and Time of the Octopus by Anatoly Kucherena.

The Snowden Files by Luke Harding 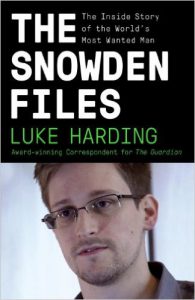 When the 29 year old, former NSA employee Edward Snowden shocked the world by leaking information about US Government’s surveillance programs, he was labelled a patriot by some and a traitor to others.

The Guardian broke the story while Snowden was in Hong Kong on the lam and their  foreign correspondent Luke Harding put together the book, The Snowden Files: The Inside Story of the World’s Most Wanted Man.

The book is a piece of investigative journalism that reads like a spy novel. Some reviewers have compared it to John Le Carre’s espionage thrillers.

It details Snowden’s story from the day he left his girlfriend in Hawaii carrying the hard drives filled with secrets to his time in Hong Kong where he leaked the secrets, to his battle for asylum in Russia.

The book was first published in February 2014.

Time of the Octopus by Anatoly Kucherena

While The Snowden Files is a non-fiction account of Snowden’s story, Time of the Octopus, written by his Russian attorney, is a fictional novel based on the events.

Time of the Octopus follows, Joshua Cold, an American whistleblower who seeks asylum in Russia after being threatened by the US Government. He spends three weeks in a Moscow airport awaiting the decision after his asylum request.

The book was first released on March 3, 2015 and is said to be the first of a trilogy.

Kucherena said Snowden got a copy of the novel and liked it.  Oliver Stone reportedly paid $1 million for the film rights. 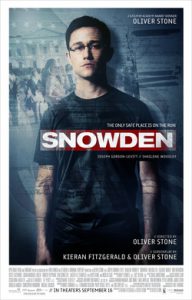 “The only safe place is on the run.”

This is the tagline to Snowden, the Oliver stone directed movie about Edward Snowden, the American computer genius who leaked classified information from the National Security Agency to The Guardian in June 2013.

Keiran Fitzgerald and Oliver Stone were responsible for the screenplay of the film which they adapted from two books, The Snowden Files by Luke Harding and Time of the Octopus by Anatoly Kucherena.

Oliver Stone, who was reluctant at first to direct a movie about Snowden eventually decided to do the movie after meeting with Snowden’s lawyer, Anatoly Kucherena and Snowden himself in January 2014.

After Snowden agreed to the idea of a film being made about the events, Oliver secured the rights to The Snowden Files by Luke Harding for $700,000 and also the rights to Time of the Octopus for $1 million.

Oliver Stone flew to Russia to see Anatoly Kucherena in February where he showed the lawyer and author of the film’s source material his new biopic.

Kucherena was one of the first people to see the movie and he loved it.

“He showed me the just-completed film. I was able to see the whole picture. I was really impressed because I did not expect that such a great artist like Oliver Stone would pay attention to my book, and would make a quality movie based on the book. Not just a movie, not just some blockbuster, but a movie that makes you think.” 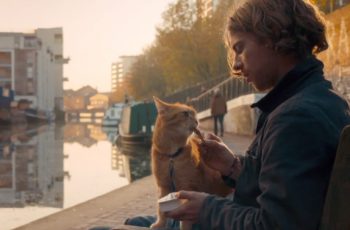 A Street Cat Named Bob is a British family film … 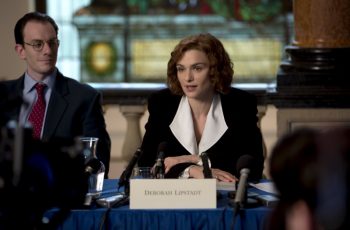