Me Before You is a new romance/chick-flick that hit’s theaters on June 3rd.

The movie was adapted by Jojo Moyes from her own book of the same name and Emilia Clarke (from HBO’s  Game of Thrones) and Sam Claflin star as the two main characters.

Me Before You Book 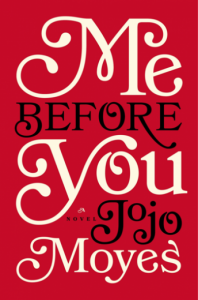 A news story about a rugby player who became quadriplegic after an accident inspired Jojo Moyes to write Me Before You.

The young man had asked his parents to take him to a clinic in Switzerland called Dignitas where they did assisted suicides.

Moyes couldn’t get the story out of her head and this became the inspiration behind the Will Traynor character in the book.

The book is about the relationship that blossoms between Will Traynor, a wealthy man who becomes quadriplegic after an accident and Louisa Clark, a young woman who is hired to help care for him.

Will wants to end his life and begs his mother to take him to Dignitas for an assisted suicide. He attempts to take his own life after the request is refused but his mother makes a deal with him telling him that she would grant his request if he agrees to live for six more months.

There has been some confusion by readers as to the meaning of the title. However, Moyes has said in an interview:

It’s deliberately opaque – but I think of it as referring to each of them: It’s “who I was before I met you”.

The book was released in 2012 in the UK and has a sequel called After You.
The week after the trailer for the film was released the book went from #141 to #3 on USA TODAY’s best-selling books list.

Me Before You Movie 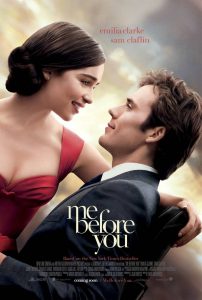 The film’s screenplay was adapted by Moyes herself and is the directorial debut for Thea Sharrock who was formerly a theater director in England.

The film stars Sam Claflin as Will Traynor and Emilia Clarke as Louisa Clark, the two main characters from the book.

After being delayed for released throughout 2015, the film got a final release date set as June 3rd.

There was some backlash from people in the disabled community who felt that the film advocated suicide as the best option for people with disabilities so as not to be a burden to their families. This was led by a #MeBeforeEuthanasia hashtag on social media.

The author did have the support of the Christopher Reeves Foundation though and the film was given mixed to positive reviews on aggregate review sites like Rotten Tomatoes and Metacritic.

In the clip below, Jojo Moyes talks about working on the screenplay for the film and the challenges of adapting your own novel for screen.

She also talks about the actors portraying the main characters in Me Before You.

Personally, I think she did a great job adapting her novel into a film since it seemed to have gotten some good reviews. 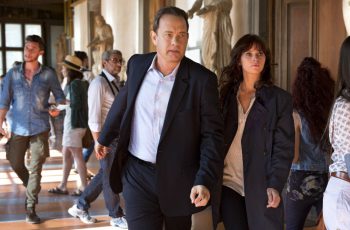 Tom Hanks is back again as Robert Langdon, the role … 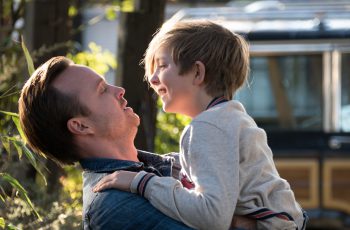 Liz Jensen’s novel about a 9 year old boy who …