Lion is a 2016 biographical drama film directed by Garth Davis and written by Luke Davies.

Lion is based on the memoir A Long Way Home by Saroo Brierley who is played in the film by Dev Patel. The film received six Oscar nominations but didn’t win in any of the categories.

When Saroo was only five years old, he got lost on a train trying to find his way home in India. Taking the wrong train, he ended up 1500 kilometers from his hometown.

Not knowing enough to recall to the authorities about where he lived or his family, he was eventually declared a lost child and placed in the care of an adoption agency.

A couple from Australia adopted him and he was taken to Australia to live. Although grateful, he still wanted to find out where he came from and used Google Earth in his quest to find his roots.

After years of searching he did eventually find his hometown and his remaining family – his mother had prayed that she would find him too.

His story became a media sensation both in India and Australia. In 2013, Saroo Brierley published his memoir, A Long Way Home, about getting lost, his search and the triumph in finding his family against incredible odds. 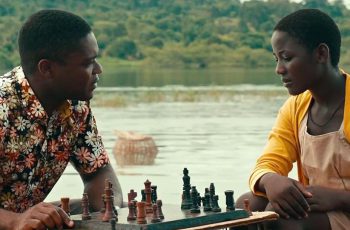 Based on the life of Ugandan chess prodigy Phiona Mutesi, …

Elle is a 2016 French psychological thriller directed by Paul …